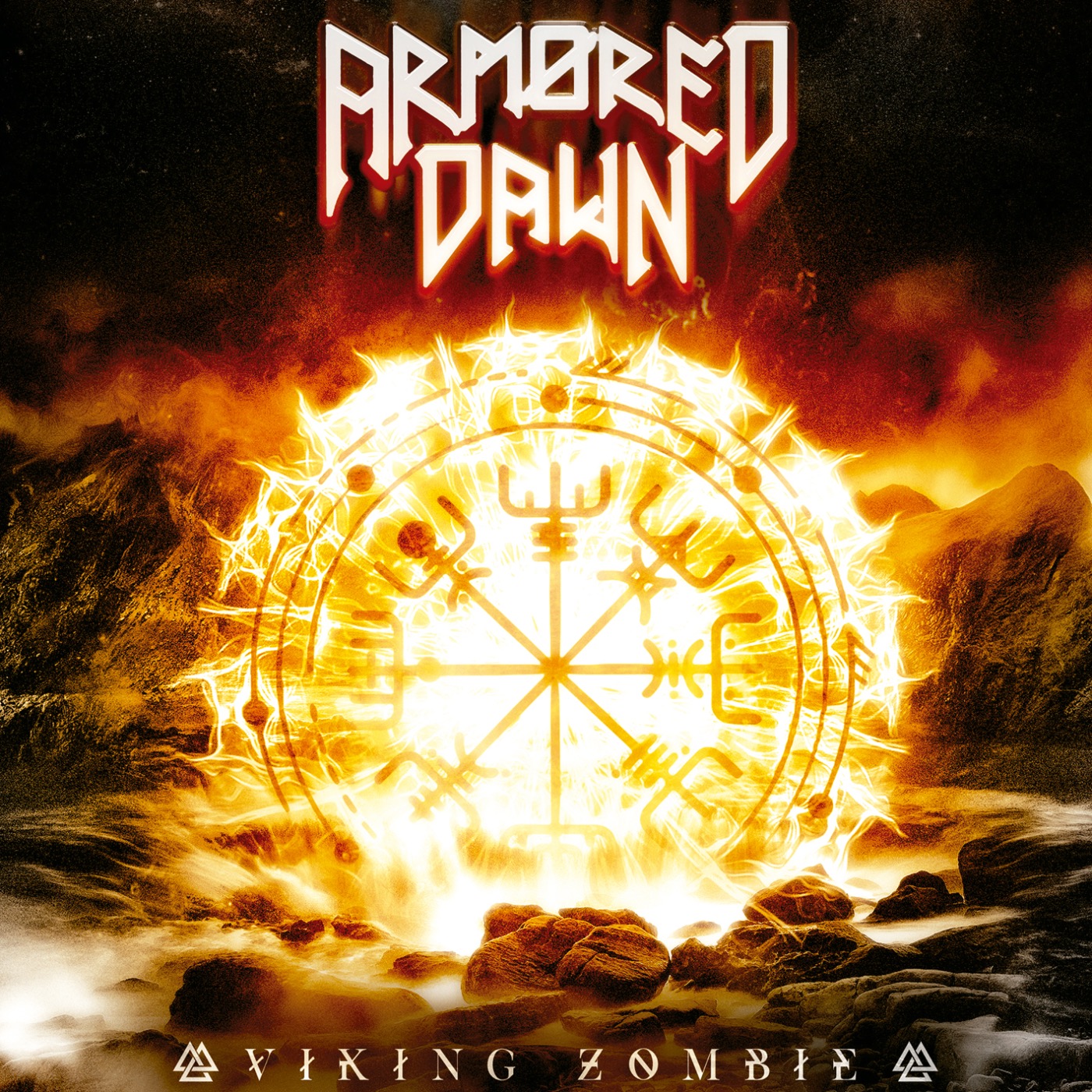 Armored Dawn are for sure one of the revelations of Brazilian Viking Metal. Staying true to their musical direction, the new album title demonstrates the Viking Zombie. Raucous, wild and with immense power, Armored Dawn sets the level high. The expected may be the unexpected. Brazilian musicians know how to energize the music and every fan of heavy metal music will be diving into the sound.

Viking Zombie was recorded at Dharma Studios in Sao Paulo. Produced, mixed and mastered by Rodrigo Oliveira and Heros Trench. All musicians composed together to even strengthen their brotherhood in this case. As the singer and founder, Eduardo Parras, states: “One of the songs says ‘nobody knows who I am or what I have become’. This album is dedicated to those people who still didn’t find a place where they belong to. Now, with this band, these people can join us and find strength in the Viking brotherhood”.

Eleven songs showing the Brazilian-Viking temperament, song writing and togetherness. Loud and intense, some slower and with almost tender feelings are taking the listener into the kingdom of Armored Dawn.

The first single was ‘Ragnarok’ supported by a video.

The second one, for the song ‘Animal Uncaged’, was also supported by a video, which was recorded at RockFest in Sao Paulo.

Armored Dawn was founded 2014 in Sao Paulo. This is the third album and the band is gaining fans wherever people have a chance to listen to them, especially live. The concept of “Viking Zombie” is based on a story that shows the saga of northern men seeking new territories. The story is focused on Bálder and Sigrid, a couple of warriors that no one knows the origin, but who were wrought to life for tireless and victorious battles. Throughout the album, the songs are performed perfectly by Armored Dawn and permeate the story of the couple, who go through many battles with their friends. Bálder is a warrior with war strategies, massive strength and a willingness to win. A brave warrior in love with his life mate, the beautiful and determined Sigrid, a relentless warrior. The pact of love between them was so strong that it goes from fidelity in life to battles till death.

Something that draws a lot of attention to the sound of the band is the instrumentals that have nuances of classic heavy metal and distinct influences within the songs, with heavy grooves and riffs, but balanced with a melodic lull.

All this musical background gave the group the chance to participate in several shows with huge bands, play in several major festivals in Brazil and around the world, and even release a videoclip in movie theaters which consolidated Armored Dawn among the big ones in style.

The debut album “Power of Warrior” (2016) was recorded in Denmark, produced by Tommy Hansen (Helloween, Jorn) and mixed by Peter Tägtgren (Amon Amarth, Children of Bodom).

The second album, “Barbarians in Black”, has been released in February 2018. Produced by Kato Khandwala (The Pretty Reckless, Papa Roach) and Bruno Agra (We are Harlot). Mixing and mastering by Sebastian ‘Seeb” Levermann (Orden Ogan). The videos “Sail Away” and “Gods of Metal” reached more than 1 million views.

In December 2018, the video “Beware of the Dragon” was released at all Brazilian movie theaters during the trailers of the movie Aquaman. The video, a huge production, was shot and directed by Libertà Films Group (Megadeth, Angra, Dee Snider). The video has already reached more than 2,7 million views on YouTube.

Armored Dawn supported their releases with touring Europe together with Fates Warning, Saxon, Diamond Head and Hammerfall. They have just gone on a new European tour, the first as headliner, and was supported by the band Induction.